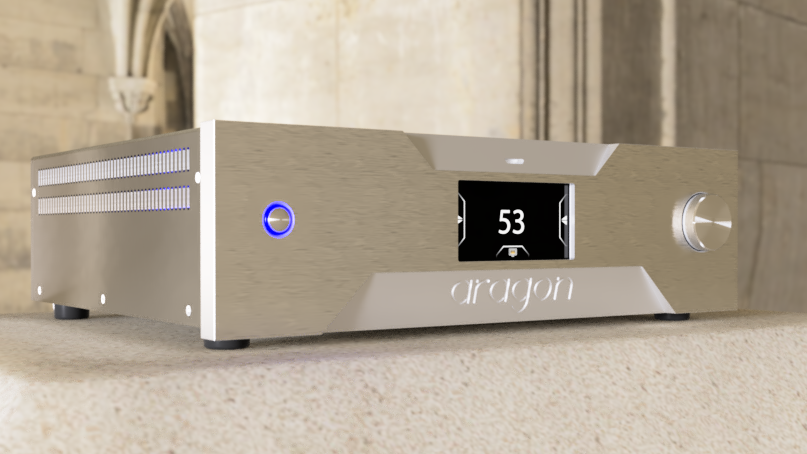 The Tungsten preamplifier is a new addition to the luxury audio Aragon Elements Collection, an extreme-performance 2-channel listening ecosystem for discerning customers. The Tungsten is packed with a generous array of both analog and digital inputs, supports both analog bypass and an internal DSP engine, boasts powerful and pristine DACs, and has tri-amp capability. The Tungsten preamplifier is housed in a beautiful industrial design which matches perfectly with its companion Aragon amplifiers — a combination which expresses beauty not only in its visual presentation, but also in its aural reproduction. Representing the ultimate in performance audio design, all Aragon models include features in their core architecture which take these precision instruments to new heights of performance and authenticity.

“The Tungsten 2-channel preamplifier is the lynchpin of our Aragon ultra-performance offering.”, says Ted Moore, CTO of Indy Audio Labs, Aragon’s parent company, “With its advent, we have the vital third piece of The Elements Collection, and our customers now have a complete Aragon audio solution that will give them a uniquely emotional listening experience. Our goal was to create a special and unabridged group of audio products that will endure and be worthy of collecting, all the while producing some of the most visceral and transformative listening experiences found in the high-performance 2-channel world. The Tungsten 2-channel preamplifier is the next piece of this amazing heritage.”

About Indy Audio Labs: Headquartered in Indianapolis, IN (USA), Indy Audio Labs owns the high-performance audio brands Acurus and Aragon and is a leader in audio electronics design. IAL manufactures all its components in the USA using custom fabricated parts and assemblies based on its proprietary electronics, mechanical, and software designs.