FISHERS, Indiana (July 15, 2019) – CEDIA has announced that Mitchell Klein has been chosen as this year’s Lifetime Achievement Award recipient. Klein will be honored at the CEDIA Expo Opening Keynote hosted at the Colorado Convention Center on Wednesday, September 11, 2019.

The CEDIA Lifetime Achievement Award recognizes an individual who has exhibited outstanding, creative, innovative, and visionary leadership in the growth and advancement of the residential technology industry. Nominations are submitted by industry professionals and evaluated on the basis of achievement and service within the industry.

“Mitch is part of an elite group, not only now as a CEDIA Lifetime Achievement recipient but as someone who has been actively engaged with CEDIA from the early stages and has continued to serve the community,” said David Humphries, CEDIA Chairman. “Anyone who knows Mitch likely has a story about his willingness to share his expertise and his passion to further the growth and success of the industry.”

Walt Zerbe, CEDIA senior director of technology and standards adds, “Mitch is a pillar of guidance and mentorship – whether that’s mentoring a person, program or company – he is unfailingly selfless and always willing to help problem solve.”

Klein is a 30+ year industry veteran who has dedicated his career to educating the industry, building, creating and implementing strategic businesses and programs, and leading companies that helped bring smart home and custom installation into the mainstream. Klein is known for kicking off many key initiatives for CEDIA in almost every area including operational, educational, financial, legislative, and marketing. Examples include initiating and implementing CEDIA’s first strategic plan, the creation of an operating budget and reserve fund, introducing the CEDIA certification program and Management Conference, along with various policy and promotional projects. He continues his volunteerism on the Professional Development Action Committee today.

Above all, Klein is hailed as a leader in IoT, consumer electronics, home automation, and the integrator market. In his current role as the Executive Director of the Z-Wave Alliance, a consortium of leading IoT brands and influencers, Klein has grown membership to over 700 global companies and more than 3,000 certified products which represents over 60% growth during his tenure.

Prior to Z-Wave, Klein consulted for numerous consumer electronics brands, led business development for URC for several years and before that, he was in the home technology trenches, owning and running his own industry-leading, cutting-edge installation firm for over 14 years.

Klein is a CEDIA Fellow, former two-term CEDIA president and ongoing volunteer and is a regular contributor to trade and technology publications such as IoT for All, Residential Systems, IoT Agenda, and Essential Install. Klein is also a guest on and been interviewed for numerous trade publications, mainstream media outlets as well as podcasts such as Cheddar TV, Convergent AV, AVNation and Tech Republic. He is a regular presenter and panelist at key industry events including CES, CEDIA, ISE, ISC West, InfoComm, NSCA, CEA, TecHomeX, CABA Forum, Parks CONNECTIONS Summits, the bi-annual Z-Wave Summit, and many more.

The CEDIA Expo Opening Keynote is free for all attendees. CEDIA Expo will be held September 10-14 at the Colorado Convention Center in Denver. The show floor will be open September 12-14. Registration is open at cediaexpo.com. 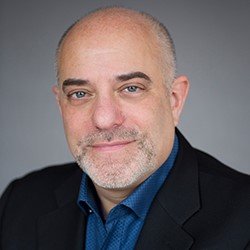 This year, CEDIA celebrates 30 years of connection and innovation having led the industry as the global trade association and central touch point for companies that design, manufacture, and install technology for the home. CEDIA will continue to build on this legacy in 2019 and beyond as the industry leader in delivering the resources and benefits that set members at every level on a pathway to prosperity. CEDIA Expo, also in its 30th year, remains the largest annual residential technology show and Integrated Systems Europe, co-owned by CEDIA, is the world’s largest AV and systems integration exhibition. Over the last 30 years, CEDIA members have consistently been dedicated to delivering technology solutions that allow people to have their best moments in life from the comfort of their own home. Throughout the course of the year, CEDIA will be showcasing three decades of contributions of its more than 3,700 member companies. Learn more about CEDIA at www.cedia.net.